The “Mandate” of Maundy Thursday 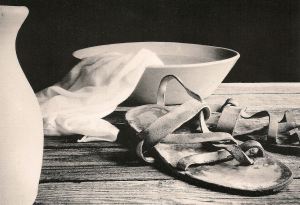 Many churches will gather tonight to celebrate an ancient Christian feast day called “Maundy Thursday.” These commemorations center on the Last Supper in the upper room on the night Jesus was betrayed. Some churches wash feet, hold “Agape” or “Love Feasts,” strip the altar area as a symbol of Christ’s humiliation, or just observe a simple Communion service.

Well let’s take a look at Maundy Thursday and try to understand why today is worth commemorating in line with Good Friday and Easter.

The word, “Maundy,” comes to us from the Latin, “mandatum,” which simply refers to a “mandate,” an official command to do something. But whose mandate? Whose command? This mandate was given on the night that Jesus gathered with his disciples to celebrate the Passover meal on which he also instituted the Sacrament of the Lord’s Supper. In John’s Gospel we read these words from our Lord:

This is the mandate of Maundy Thursday that we love one another just as Christ has loved us. But how did he love us?

This “new commandment” comes within the context of a significant event which is often commemorated at Maundy Thursday services, the washing of the disciples’ feet.

We see in John 13:4 that Jesus took off his outer garments, tied a towel around his waist, and began to wash his disciples’ filthy feet. In this simple act, Jesus was going to demonstrate the entirety of what he was about to do through his passion and resurrection. Washing of feet was a very common act in the ancient-Near East where nearly all travel was done on foot. It was also typically carried out by the servant of the house if there was one. In this instance, Jesus takes the form of a servant to stoop down and wash his followers’ feet. Not only that, but he takes off his outer garment to even clothe himself in the garments of a servant, a humble towel. It is no coincidence that the Apostle Paul, writing to the Philippian Christians says this:

[6] …Though he (Jesus) was in the form of God, did not count equality with God a thing to be grasped, [7] but emptied himself, by taking the form of a servant, being born in the likeness of men. (Philippians 2:6-7 ESV)

In one simple act of removing his outer garment and taking on the servant’s towel, Jesus signifies the miracle of the incarnation; that very God of very God would “empty” himself and clothe himself with frail humanity. Not only that, but Jesus wraps himself with a towel, “taking the form of a servant.”

What clearer picture of this “emptying” could there be than the Creator of all the universe, the one who holds all creation together, taking off his outer garment and tying a towel around his waist to wash his followers’ feet? Even this washing of the disciples’ feet carries the massive weight of what Jesus was about to do through his death on the cross:

[8] And being found in human form, he humbled himself by becoming obedient to the point of death, even death on a cross. (Philippians 2:8 ESV)

Not only did the Lord Jesus empty himself, removing the garment of his glory and clothing himself in fragile human flesh, but he stooped down to wash our dirty feet by removing our sins by the blood of his cross.

It is in the context of Christ’s passion, then, that he washes his disciples’ feet to signify what he was about to do on the cross. And it is within that context that Jesus gives his disciples this “new commandment,” this new “mandate,” which we commemorate on Maundy Thursday; that we, “love one another even as Christ has loved us.”

It is no coincidence then that the Apostle Paul places his comments to the Philippians on the incarnation within the context of that same mandate saying:

[2] Complete my joy by being of the same mind, having the same love, being in full accord and of one mind. [3] Do nothing from selfish ambition or conceit, but in humility count others more significant than yourselves. [4] Let each of you look not only to his own interests, but also to the interests of others. [5] Have this mind among yourselves, which is yours in Christ Jesus, (Philippians 2:2-5 ESV)

“Have the mind of Christ Jesus among yourselves;” a mind of selflessness, a mind of self-sacrifice, a mind of humility, a mind of meekness, a mind of love, a mind that would lay down one’s life for his friends. It is precisely because Jesus had that mind that he emptied himself, took on human flesh, was obedient to the point of death on a criminal’s cross, and was buried all “for us and for our salvation.”

Thankfully the story does not end with Jesus on the ground washing filthy feet; it doesn’t end on a sinner’s cross or in a borrowed tomb:

[12] When he had washed their feet and put on his outer garments and resumed his place… (John 13:12 ESV)

[9] Therefore God has highly exalted him and bestowed on him the name that is above every name, [10] so that at the name of Jesus every knee should bow, in heaven and on earth and under the earth, [11] and every tongue confess that Jesus Christ is Lord, to the glory of God the Father. (Philippians 2:9-11 ESV)

[12] When Christ had offered for all time a single sacrifice for sins, he sat down at the right hand of God, [13] waiting from that time until his enemies should be made a footstool for his feet. (Hebrews 10:12-13 ESV)

As you commemorate Maundy Thursday in whatever capacity with your brothers and sisters in Christ, remember the mandate for which it calls, that we, “love one another,” remembering the sacrificial humiliation, incarnation, and death of our Lord Jesus Christ eagerly anticipating the release of the resurrection.